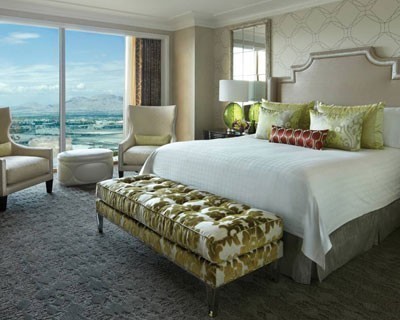 The hotel has 424 guest rooms including 81 luxurious suites on the 34th until 39th floor of the Mandalay Bay Hotel. Saniharto made 1,585 furniture items for the guest rooms and suites consisting of Desks, Nighstands and TV Credenzas.